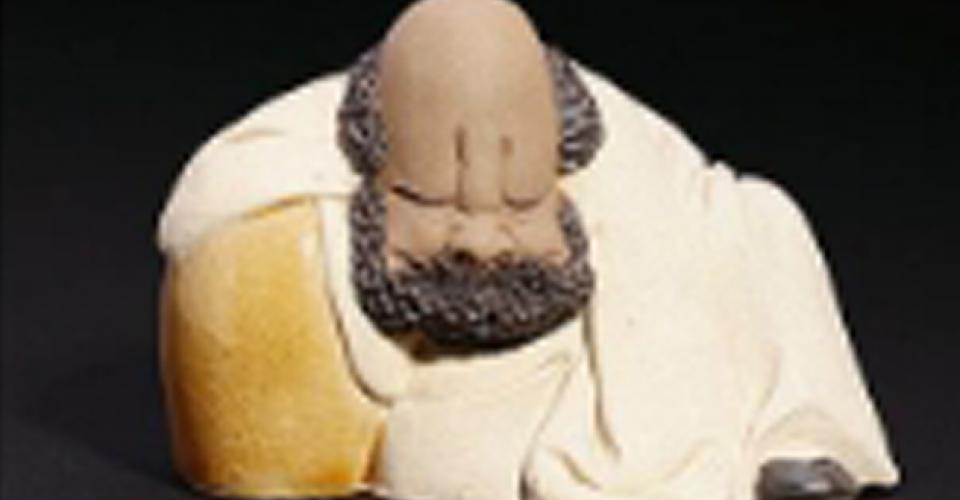 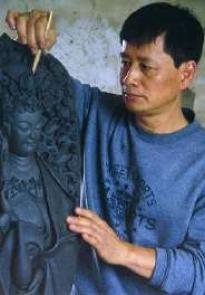 Zeng Li have been engaged in the creation of ceramic arts since the 1980s. They have held a number of exhibitions both at home and abroad.  Their works have been widely recognized by their peers and collected by their fans.  The brothers' work exhibits boundless creativity based on deep tradition, yet still manages to escape the traditional mold.  Their immersion in the process of creation not only enables them to grow as artists but also let those who love arts enjoy the pleasures of life, making life full of vitality.

Born in Guangzhou, China, the brothers inherited the skills of their father Zeng Liang, a renowned contemporary Shiwan pottery sculptor from young, followed by a solid foundation in the university.  During their early years, Zeng Liang took his sons in and out of the pottery factory but never gave them formal lectures on pottery making.  However, by providing the proper environment, the brothers put their first hand appreciation of the art.

Zeng Li tap widely from different styles in pottery sculpture and are able to form their own distinctive style, featuring fine pieces of spirited and vivid imagery. Their works have won acclaim from different quarters; they have won awards and taken part in exhibitions both locally and overseas. Some of these works are in the collection of museums.

The pottery figurines of Li and Peng merge traditional dignity with modern aesthetics and are rich in idea and style. On a closer look, their pieces not only reflect the genuine emotions from their hearts but also abundance in the profound art of Buddhism.

Through displaying the physical features of their subjects, the sculptors are capable of unveiling their inner or spiritual beauty. They are aware of the power of the benevolent and solemn statue of Buddha in calming the mood and turning darkness into beauty and kindness. In their hands, the Buddha statue is not distant: it takes on different human traits, some serious and awe-inspiring; some display the tenderness of a mother who throws the light of benevolence on everyone.

Only art works from true feelings can move people. Through the art of Zeng Li and Zeng Peng, the way of the Buddha were imparted in a satisfactory manner, and the heart of the Buddha drawn closer to the masses.

Turning clay into infinity and spreading the Buddha way to every devout and moved heart to benefit everyone that is the impetus behind the birth of the Pottery Buddha Figurine Series.

In recent years, the Zeng Brothers' interests are not only in artistic ceramics but also wood furniture and interior design.  The product line Yao Jiang stands out from among the various interior furnishings in the market because of their uniqueness and originality with a taste of lifestyle manifested in art form.  Not only does this furniture have a certain quality of freshness and creativity embedded in each design, even the lumber is one of a kind. The wood is taken from the old sunken ships on the Ocean floor from hundreds of years ago.  Each unique piece of furniture is done according to the original shape of the ship.  Even the scratches and nails holes are crafted from the original form to give the furniture piece its natural creative and inimitable appearance.  The excitement of urban living can best be soothed by the serenity of this elegant natural décor. 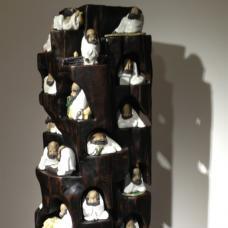