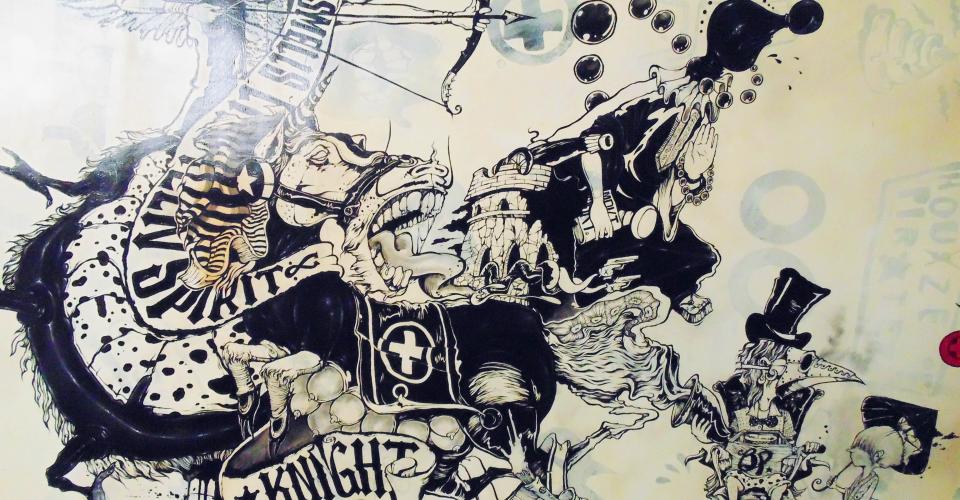 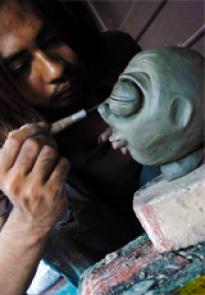 Oky Rey Montha (Kyre) is one of the important young artists in Indonesia. He was born on 3 January 1986 in Kabanjahe, Tanah Karo, North Sumatra. His work influenced many of the things that smelled of imagination, unreal things, tales, literature & spiritual.

His colorful and chaotic works are expressive and bitterly ironic and hide, behind an apparent normality, numerous dark sides and bitter memories of Montha’s existence. Since his early childhood he had to fend for himself, his survival, education and family. Montha often uses comics to immortalize episodes of his difficult life, which is at the same time an inexhaustible source of ideas and inspirations. The facial expressions of his dynamic protagonists are close to caricatures and emphasize the personality and emotionality of his subjects.

This pop surrealist artist can always depart from the terms of the spiritual things from his mind and his environment. This artist combines music, art and literature for his work. This artist is also interested in video art, installations and sculptures. Kyre has basic drawing strongly on his work and the fact, he is one of the Pirates in the Red Sea. He will circumnavigate the world with his works. 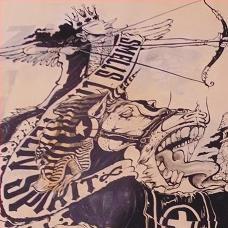 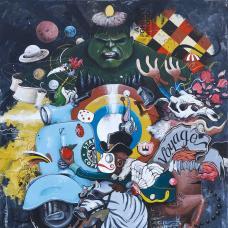